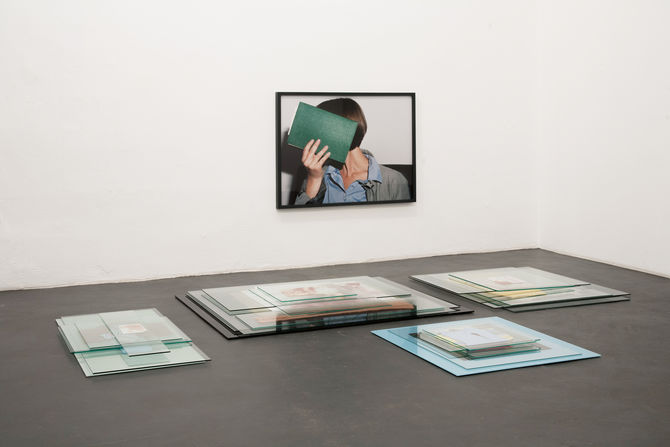 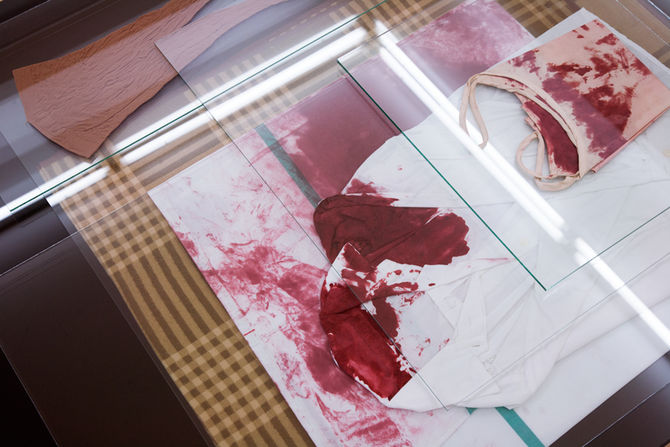 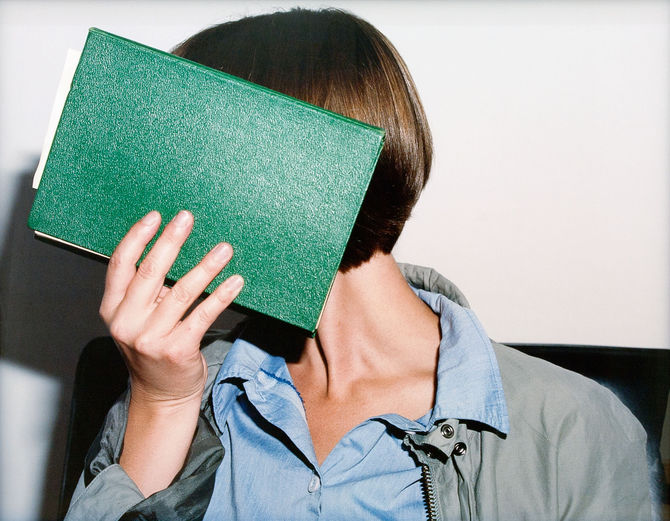 "...I’d like to tell you about a scene on which I have worked, but which I could never accommodate. ... Have you ever seen an assembly line? It’s fantastic. I wanted to film a long dialogue scene between two assembly line foremen. They walk around and talk about a third person who may be somehow related to the plant. Behind them a car is being assembled piece by piece, it is filled up and lacquered, and as they end their conversation, the car, which was a mere nothing at the beginning, is ready to drive, and they say: Isn’t this great? And then they open a door of the car and a corpse falls out! Where does the corpse come from? Not from the car, which was a mere nut at the beginning. The corpse came from nowhere, do you get it...?" 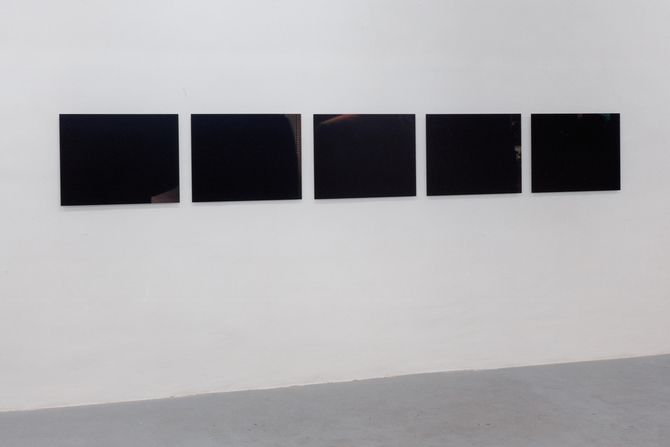 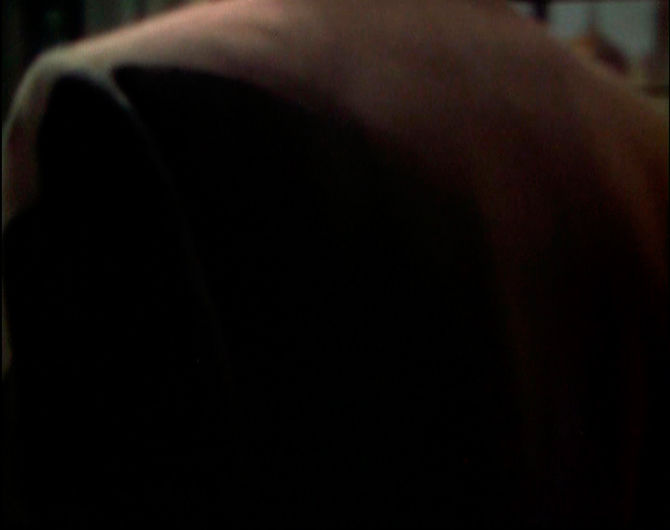 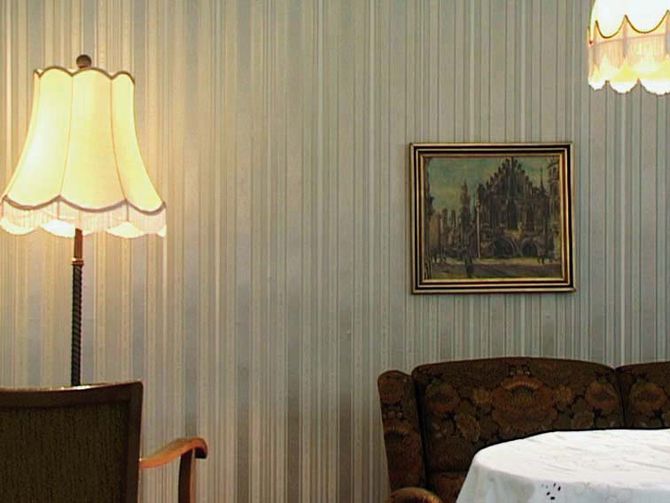 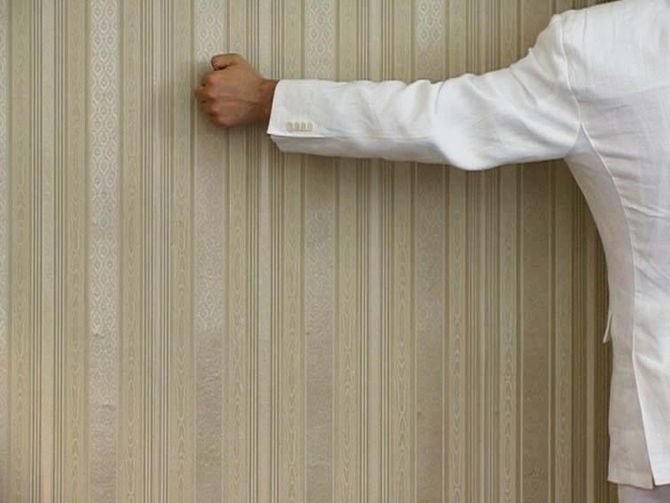 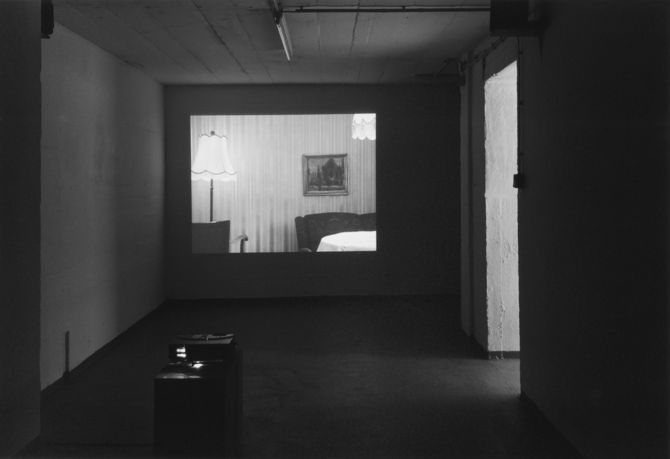 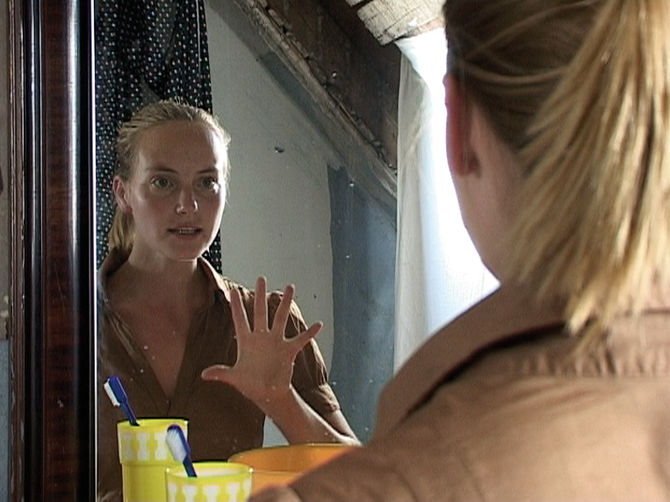 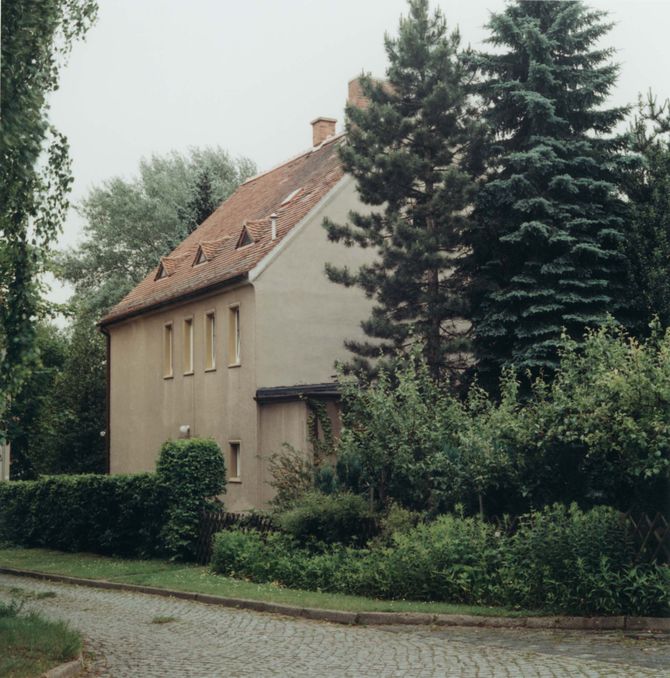 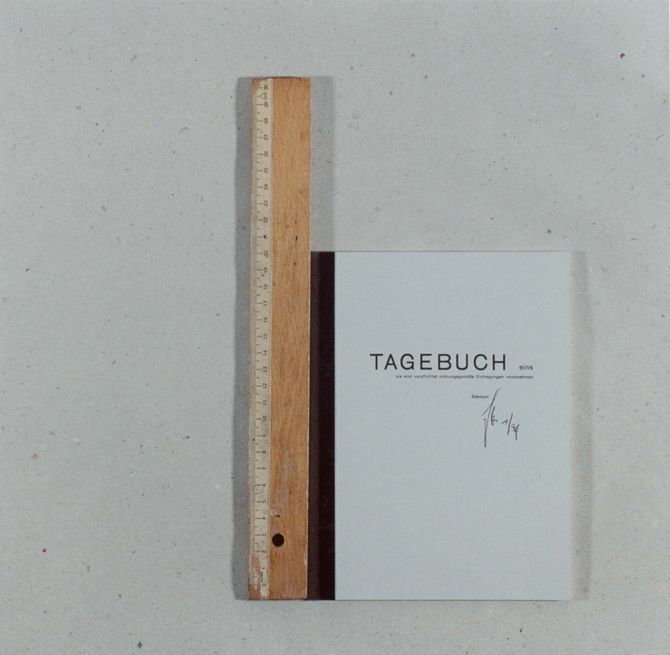 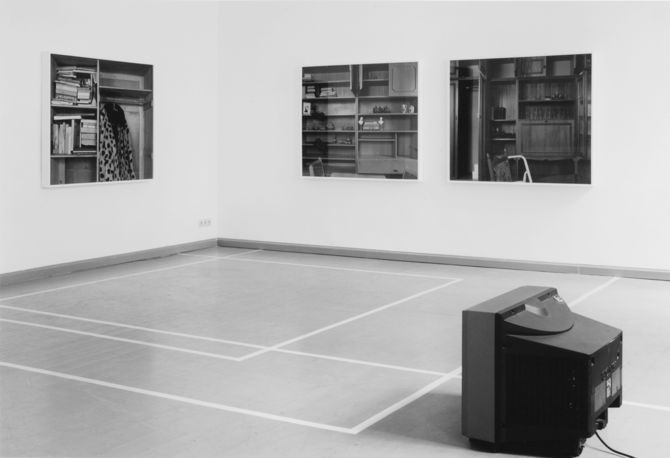 Traces
A house has been searched. Photos of cupboards containing household goods, books and clothing items, a floor plan of the house, the measurements of one of the rooms on the gallery floor, a video showing a door being opened and closed over and over again – these elements seem to reconstruct the search. A photograph of a booklet whose grey cover bears the inscription “Tagebuch eins” [Diary one] (and which so the “investigations” reveal – is 20 cm high and 15 cm wide) may give a clue about those involved in the search – yet it remains closed.
Jana Müller has turned the house in which she grew up into a criminalistic object which she seems to be investigating by documentary means. What she is looking for or hoping to find remains uncertain – the documents provide no evidence, no information, no clues as to what should be uncovered. Rather than reflecting a search for something, the documents hence seem to be traces that the artist herself has left. The installation thus oscillates between finding and leaving traces but at the same time calls into question the possibility of a seamless reconstruction of the other and one´s own self. By so doing, she links the characteristics ascribed to the photographic medium to the issue of meaning production.
Memories
Memories do not offer us a direct access to the past. What we remember has always already been invested with meaning in our consciousness. When memories become mediated expressions, they enter a system of signs which is characterized by arbitrariness and which is thus less about reality and more about representing the past in a particular way. When we look at a photo or read a written record of a past event, we do not have that event before our eyes, but the product of a particular media-based engagement with it. This engagement proceeds within the limits of the author’s knowledge. Therefore, memories do not so much mirror what has been but rather what we attribute to the past. Memories, whether official or private, whether as written history, testimony or image, thus reveal more about the person who remembers than about that which is remembered.
Reconstruction
Jana Müller’s installation makes us try and remember a house search and the objects found during it. The reconstruction of the house search draws on forensic methods which use photography as evidence, even though its documentary character has been disputed for a long time. Even though photographs can be manipulated during the various stages of their production, the photographic image appears inseparable from a reality which is often wrongly equated with authenticity. The installation “TAGEBUCH eins” unmasks the myth of authentic evidence by showing that it is impossible to reconstruct something on the basis of individual pieces of a puzzle. The installation does not reveal anything about the artist’s parental home or herself, it solely purports to generate objective knowledge though its documentary character. The knowledge, however, is generated only through the viewer’s interpretative and reconstructive endeavor as he or she tries to establish connections between the individual pieces. This interpretative process is already inherent to the reproductive character of photography itself. Yet, this does not result in a reconstruction of the house search but rather in an individual story which primarily reveals one’s projections onto the Other. In this context, memories and reconstructions appear not only profoundly subjective but also   highly changeable and uncertain. 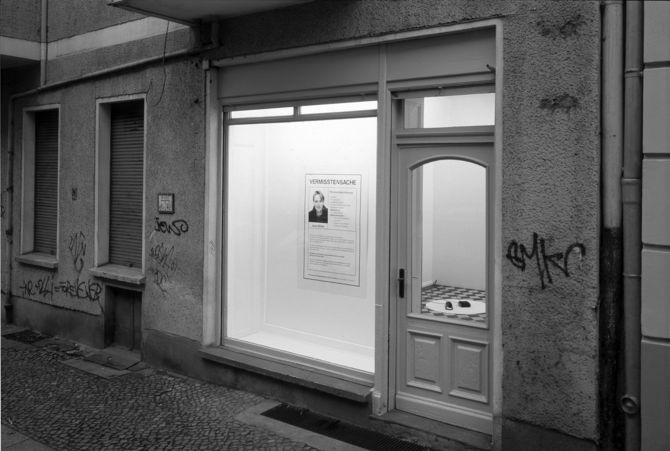 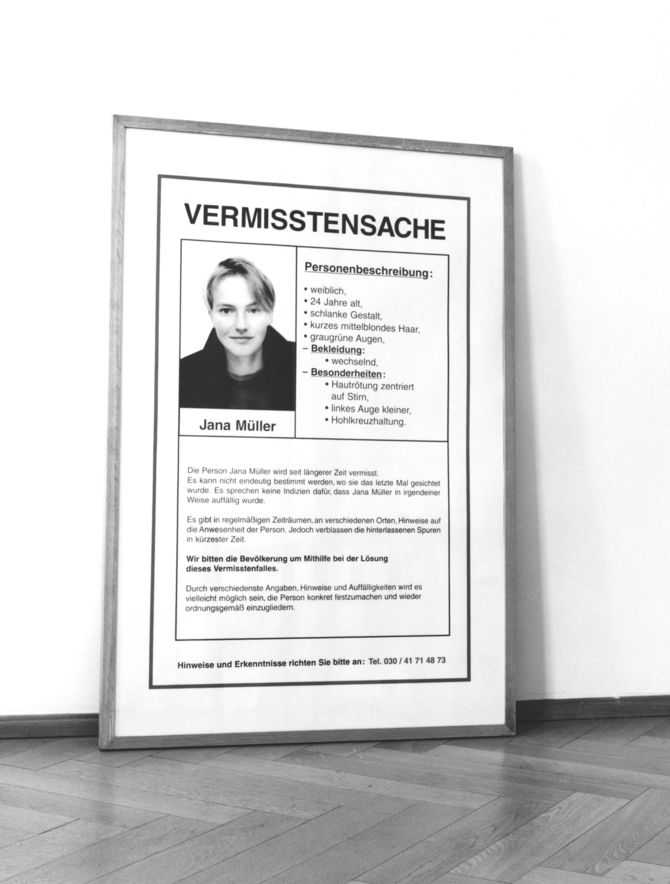 „Jana Müller has been missing for some time. One can’t say exactly when she was last seen. There is no evidence that Jana Müller was conspicuous in any way. At regular intervals, in various locations, there are clues to her presence. But these traces quickly fade. We are asking the public for help in this missing persons case. Through diverse information, clues and noticeable evidence it may be possible to concretely establish this person and properly reintegrate her into society.“